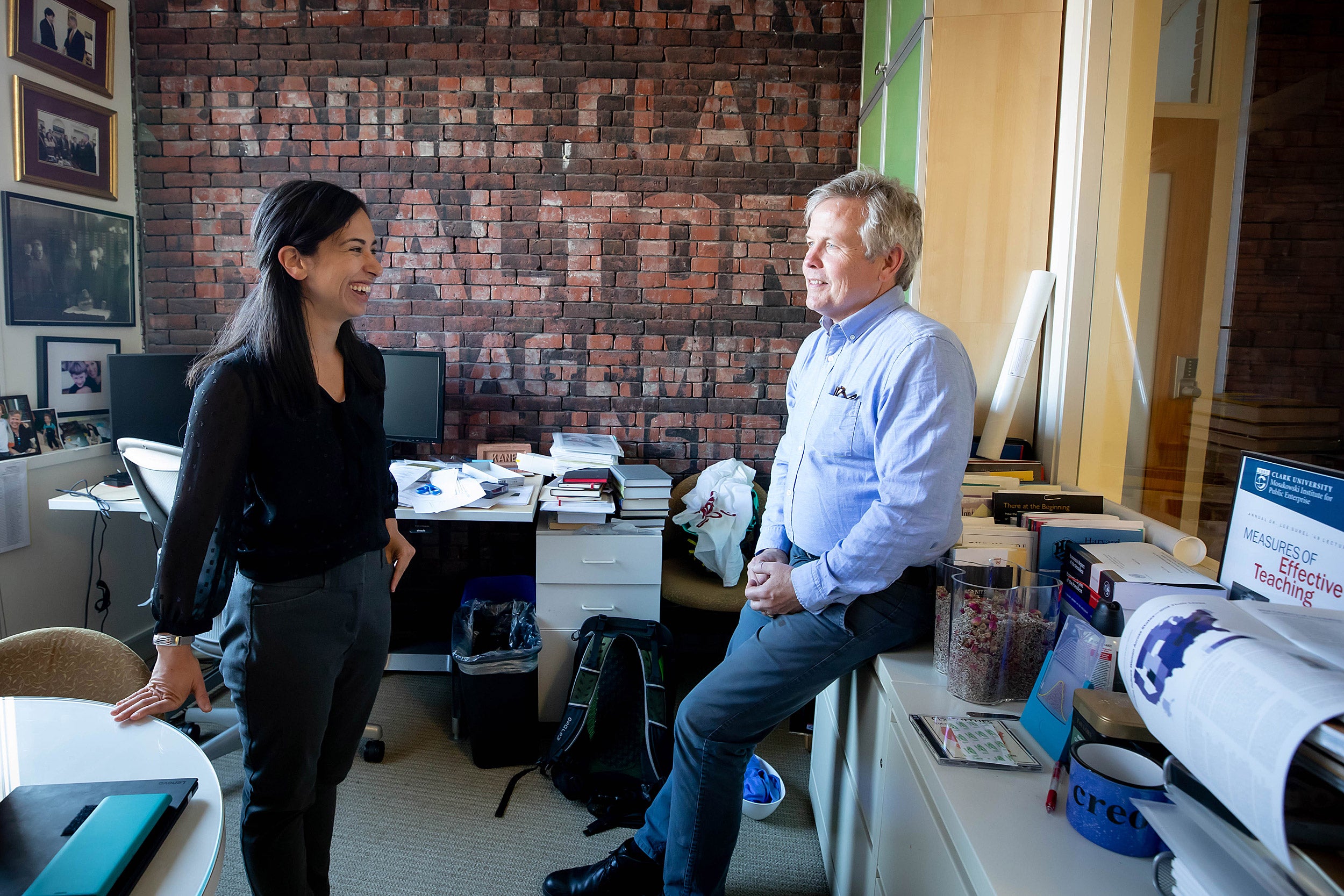 Harvard researchers were pleased when a pilot program, done in collaboration with school officials in Syracuse, reduced student absenteeism in early grades by 15 percent. Now the researchers are looking to help rural schools devise their own answers to serious problems, aided by the kind of methods and tools used in Syracuse, ones not typically available to smaller communities.

Harvard researchers who are taking part in the newly created National Center for Rural Education Research Networks (NCRERN) will team up with 60 rural schools, 30 in New York and another 30 in Ohio, in an effort to reduce chronic absenteeism and improve college readiness.

It’s an important mission, said Thomas Kane, the Walter H. Gale Professor of Education and Economics at the Graduate School of Education who leads the center, along with Douglas Staiger of Dartmouth College and Christopher Avery of Harvard Kennedy School. Due to their small sizes, rural school districts have often been overlooked, said Kane, despite the fact that 20 percent of elementary and high school students across the country attend them. Rural students often face greater challenges than those in urban schools, ranging from lack of resources to teacher shortages to limited early education programs.

“Over the past 20 years we’ve learned a lot about teachers’ roles, improvements in test scores, but almost all of that has been in urban school districts,” said Kane. “We’ve learned relatively little about the answers to those questions in a rural context. And on certain kinds of questions, we can expect that the answers might be different. For example, transportation can be a much bigger driver of student absenteeism in a rural setting.”

Hosted by the Center for Education Policy Research (CEPR), the rural center was launched in January with a $10 million grant from the Institute of Education Sciences at the U.S. Department of Education. Researchers have spent the past six months recruiting school districts to participate in the program, signing data-use agreements, and laying the groundwork to establish partnerships in which school districts determine the areas where they need help, and researchers work with them to suggest improved practices.

“It’s a different kind of collaboration, “said Kane. “Usually, I or my colleagues would be going into a school district and saying, ‘Hey, do you want to participate in a trial?’ That’s valuable work, but that’s not what we’re doing. We’re trying to put the tools of social science to work for the schools and help them test their hypotheses….”

Through their Proving Ground initiative, Harvard academics have been working with urban and suburban school districts across the country to help them identify challenges, analyze data, and test solutions. The pilot program in Syracuse found that many parents were unaware of the material their children were missing when absent. After teachers started sending postcards to parents noting the specific lessons their children were missing, school absences declined.

High rates of absenteeism can be a problem in rural schools as well as urban ones. According to the latest report by the U.S. Department of Education, more than 7 million students missed 15 or more days of school in 2015‒16. The report said students who are chronically absent are at risk of falling behind, and it called chronic absenteeism a hidden educational crisis. So some rural districts might be able to use a modified version of the Syracuse pilot, depending on specific circumstances.

This and other evidence-based practices will help build a model for rural schools, along with their own input. For the first five years, the program will be based in New York and Ohio, and later will expand to Nevada, Iowa, and Wyoming.

Rural school officials were eager to participate, said Ashley Snowdon, Proving Ground manager. “They were all really excited because research like this doesn’t necessarily focus on rural populations,” Snowdon said. “One superintendent said they have a lot of students who are at risk of falling behind, and that dropout rates and chronic absenteeism are big problems.”

For both Kane and Jennifer Ash, director of the new center, the work to keep rural students from falling behind is important for personal reasons. Ash said the job allows her to address some of the challenges she saw while growing up in Arkansas. “This job is kind of the perfect intersection of my background and experience in a largely rural state and my training as a quantitative researcher,” she said.

Kane, who grew up in Winston-Salem, N.C.,  graduated from high school in 1979, a year when experts said the gap in earnings between high school graduates and college graduates began to widen.

“My class was the last high school class before the labor market changed,” said Kane. “But the outrageous thing is that it’s 40 years later, and we know what happened, and yet our schools haven’t responded. What I’m working on is trying to identify ways so that we stop failing such a huge proportion of youth who are not prepared for this labor market.”

Kane said there is excitement among the school officials and among the researchers who will tackle one of the most significant challenges faced by rural schools, he said.

“A few weeks ago, I met with school district officials from New York, and I left that meeting feeling optimistic,” said Kane. “While rural schools may not have had as much help with data analysis in the past, they’re less bound by bureaucracy than the urban schools. We may be able to move even faster than the urban schools once we get going.”

Chhattisgarh schools re-opened: Students from classes 8 to 12 will study for free