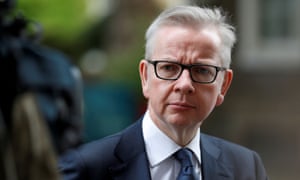 What a shame that IGCSEs are being used as a stick to beat private schools (“Easier exams benefit private school pupils”, News) rather than the disgrace that state schools have been forced into straitjacketing their students with a narrow examination system.

Certainly, it’s unfair if private schools are gaining an advantage with their results, but please do not forget that Michael Gove’s changes as education secretary halted many decades of state schools attempting to make the curriculum broader and more relevant to students. IGCSEs assess using a mixture of exams, coursework and practical assessments, all now banished on the altar of Gove’s return to a grammar school-type education.

We should be allowing state schools greater freedom in their educational provision, which is why IGCSEs are favoured in private schools. Instead, we are in danger of concentrating on the issue of equivalence (always a shibboleth) and not looking at what a progressive government could do for our youngsters.
Ian Gasper
Tavistock, Devon

Advice to universities on the Cambridge IGCSE from Naric (the national agency for comparison of international qualifications and skills) shows there is “little notable difference between the IGCSE aims and learning outcomes with those found in similarly focused GCSE syllabuses”.

Universities understand and trust the Cambridge IGCSE as one of many different qualifications they see when comparing applications from students at home and abroad.

The Cambridge IGCSEs used in England have been regulated by Ofqual for more than 10 years. Indeed, the Cambridge IGCSE was a model for the reformed GCSE and has been benchmarked rigorously to the GCSE standard throughout its 30-year history.
Christine Özden
CEO Cambridge Assessment
International Education

Why perpetuate the notion of “top” universities? “Top” in what? For what? So what? Should I have to rewrite my CV to show that I was an undergraduate at a “top” university, became a professor in a “bottom” university” and took another degree in my retirement at a “middle” one?

Would disclosing that make it more or less likely that letters of mine would get published?
Professor Colin Richards
Spark Bridge, Cumbria

At long last, the leaders of the opposition parties in parliament are working together to stop the disaster of a no-deal Brexit that threatens the wellbeing and the livelihood of thousands of our fellow citizens (“Johnson seeks legal advice on five-week parliament closure”, News).

The hardworking Remainers are being heard and at last respected. Boris Johnson delivers like an enemy of parliament and a short-sighted Brexiter, putting our constitution and our institutions at risk. Parliament has only a few days to save the situation and everything depends upon its willingness to do so.
Baroness Shirley Williams
London SW1

Save Prague from drunkards

It was with dismay that I read “The fall of Prague” (Special report), concerning the dire pub crawl phenomenon in this city’s wonderful historical streets and centre. The sheer vandalism and drunken behaviour is seemingly facilitated and encouraged by the tourist guides and, of course, the drinking establishments.

I visited in the late 1980s when it was still communist and we were so fortunate to have an intelligent and erudite guide. Prague was a revelation, with all its history, and it saddens me to read of it being reduced to a loutish and drunken destination. Let’s hope this situation can be reversed as soon as possible and tourists stay away if they do not want to appreciate its many attributes.
Judith A Daniels
Cobholm, Great Yarmouth

You are right to highlight “the west’s abject failure to move decisively to halt the Syrian war” (Editorial) because the lives of three million civilians in Idlib province are endangered by Bashar al-Assad’s renewed bombardment.

The main obstacle to ending this tragic conflict is Russian insistence that Assad remains in power. Were strong financial sanctions imposed on Russian oligarchs, Vladimir Putin might be persuaded to drop this precondition from a new UN-sponsored peace plan. The countries hosting the large numbers of Syrian refugees, who fear returning to an Assad-ruled Syria, would be particularly keen on such an initiative.

Would Donald Trump and Boris Johnson support it? Both are facing difficult elections and could benefit from facilitating the achievement of a peace deal in Syria. They could also strengthen their base support by demonstrating their independence from Putin, whose covert help was significant in both their 2016 campaign successes.
Emeritus Professor Keith Barnham
Frome, Somerset

Start HS2 in the north

After Will Hutton’s analysis of the HS2 project (“If Johnson wanted to lead the world, he’d stop hedging his bets and back HS2”, Comment), we should remember the destruction of so much of the rail network post-1961.

Often referred to as the Beeching cuts, they are better described as Marples cuts (transport minister Ernest Marples was the driving force), which were disgracefully carried on by his successor in Labour’s government, Barbara Castle. It was not just quaint old country branch lines with loadings that could be carried in a taxi or two that went, but a main line built in 1899 with the same motivation as HS2 (adding to capacity) – the Great Central from Manchester, via Sheffield, to London Marylebone. It was dumped just over 50 years ago and not mothballed but destroyed beyond reopening. Another crazy suppression was the Midland main line from Matlock to Chinley. A gap of less than 13 miles means that, to travel from Manchester to Derby, I have to go via Sheffield and change trains. This is madness.

If you must have HS2, build it after other improvements and build it like the Great Central, from the Manchester end, and try terminating it at St Pancras to fit in with HS1. It doesn’t have to be so high speed either. My last connecting flight to Manchester from London Heathrow took in total (including changing terminals, queuing and travel out of Ringway airport) the best part of three hours. The train already has air travel beaten.

A modest proposal for royals

The Duke and Duchess of Sussex have been accused of hypocrisy for using private jets after declaring that they would not be having more than two children because of their concerns about the planet (“Can you ever male your flight carbon neutral?”, Focus).

Their actions are a valuable reminder that, even among those who are environmentally aware, wealthier people tend to have larger carbon footprints than those less well off and that it is particularly important from an environmental perspective for the rich to limit the number of children they have.