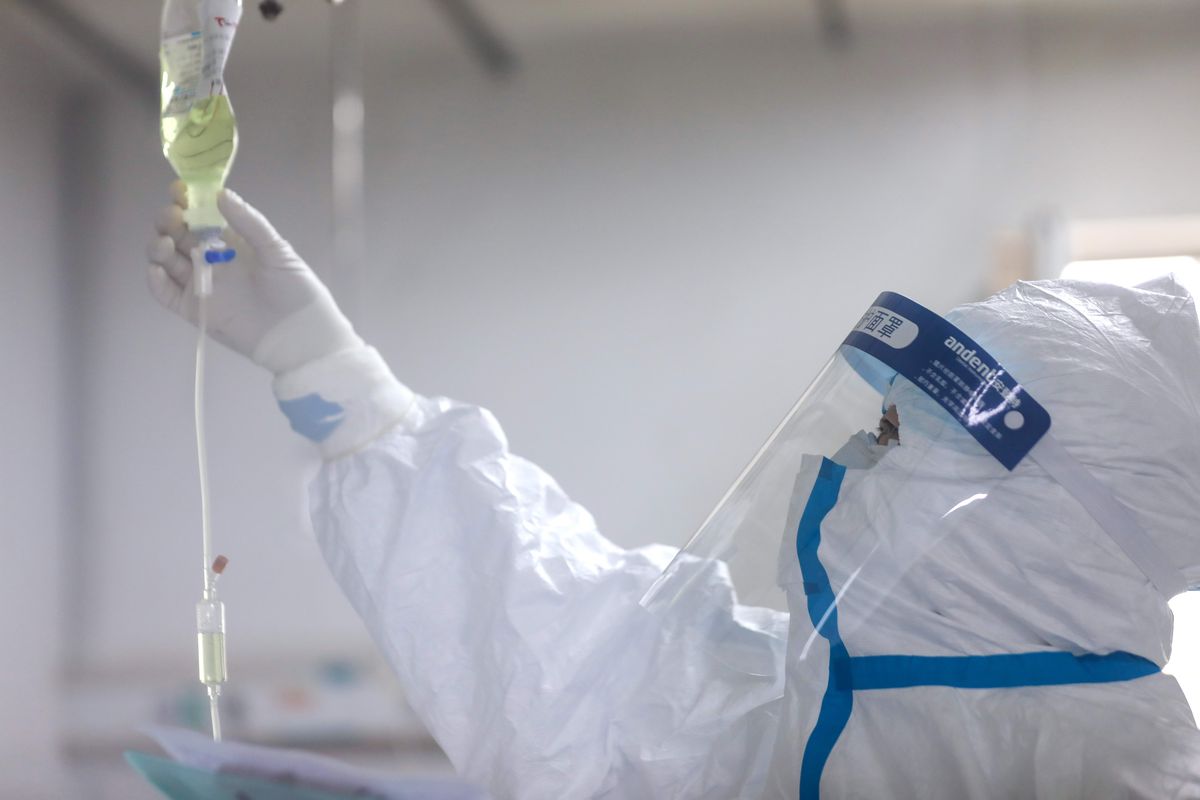 Some nurses at Lawrence Hospital in Bronxville, New York, are under quarantine after they were exposed to the novel coronavirus by a patient who was treated there. In Washington state, 25 health care workers are under observation after interacting with a people who were not diagnosed with COVID-19, the disease caused by the virus, until after they died. In Northern California, three health care workers tested positive for the virus, and dozens are in isolation.

The nature of their job puts health care workers at an increased risk of catching any communicable disease, including COVID-19. During the SARS outbreak in 2002, one-fifth of all cases were in health care workers. If they start to get sick in high numbers during a disease outbreak, it amplifies the already high levels of strain on the health care system. That’s why it’s so important that they have access to protective equipment and for patients to be identified and isolated quickly.

“Health care workers spend a lot of time up close with the patient doing high risk activities,” says Terri Rebmann, a nurse researcher and director of the Institute for Biosecurity at Saint Louis University. Those high-risk activities include things like placing patients on ventilators or collecting samples of sputum from their lungs.

Personal protective equipment (PPE), like masks, gloves, and gowns, help keep nurses and doctors safe when they’re treating patients with infectious diseases like COVID-19. To protect against the new virus, the Centers for Disease Control and Prevention (CDC) recommends that health care workers wear N95 masks, which filter out airborne particles and tiny droplets that may have been coughed up by patients.

Those masks only protect health care workers if they’re used properly, though. They have to be fitted, worn, and removed in a specific way. “We’ve seen in the past that healthcare workers have made accidental mistakes in wearing or removing their PPE,” Rebmann says.

Masks and gloves also can also only work if they’re available. Masks won’t offer the general public much protection against the spread of the new coronavirus. They won’t fit most people properly, and most people won’t know how to put them on and take them off safely. But that hasn’t stopped people from buying them, which is contributing to a shortage. “Most countries lack sufficient PPE to respond to a large scale event,” Rebmann says. “That puts health care workers at risk.”

Health care workers are also at risk if patients with COVID-19 aren’t identified quickly. If they’re not, doctors and nurses might start to treat them without taking the necessary precautions, which leaves them more exposed to infection. “It’s a risk not only to health care workers, but to visitors and other patients at the hospital,” Rebmann says. That’s why it was concerning to have two patients in Washington only diagnosed after their death. “Not identifying someone who has a contagious disease is a concern. During the H1N1 epidemic, studies showed that if infected individuals weren’t identified, it was associated with staff exposure,” she says.

The US lag in testing has made it harder to diagnose patients with COVID-19, but the anticipated ramp-up this week — while still not sufficient — will hopefully speed up the process.

If doctors and nurses start to get sick in high numbers, it can hamstring the medical system. “During major disasters and outbreaks, we have massive patient surges that affect the medical system. We need as many health care workers as possible. If they’re ill, they contribute to that patient surge without being able to contribute as responding personnel,” Rebmann says. “It’s an issue of a numbers game.”

It’s also anxiety-provoking for health care workers to have to care for their colleagues and to see them become patients. That adds to the stress of working during a fast-moving outbreak, particularly one that’s causing anxiety in the general population. During the SARS epidemic in 2002, doctors reported facing stigma because they worked with patients sick with the disease.

“The anxiety of knowing you might be at risk when you’re doing your job can be very challenging for health care workers,” Rebmann says. “It’s physically and mentally draining.”

During disease outbreaks, health care workers put their own safety at risk to care for others. Leaving masks on the shelves and following public health guidelines will help keep you well — and out of the hospital. But it also helps them work as safely as possible, which protects everyone else.

How the Democratic Candidates Responded to a Health Care Policy Survey

Despite calls to start over, U.S. health system covers 90% of Americans