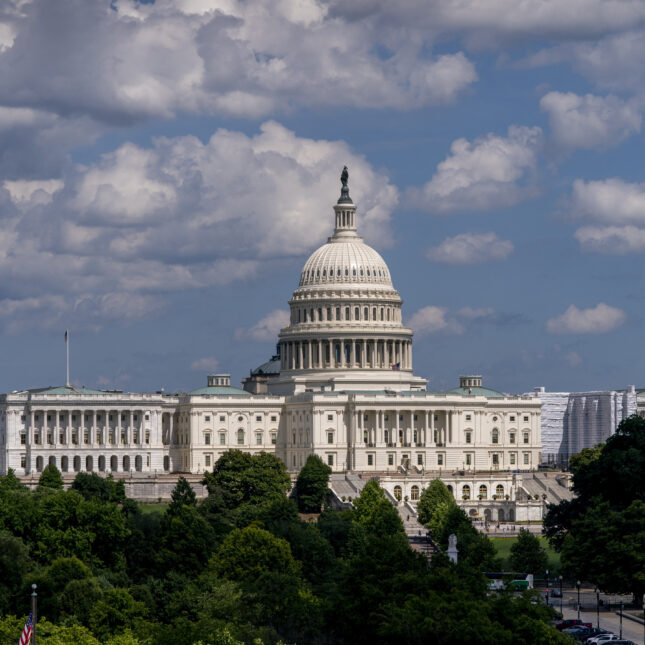 WASHINGTON, D.C. — America’s much-maligned health care system is covering 9 out of 10 people, a fact that hasn’t stopped the 2020 presidential candidates from refighting battles about how to provide coverage, from Bernie Sanders’ call for replacing private insurance with a government plan to President Donald Trump’s pledge  to erase the Affordable Care Act and start over.

The politicians are depicting a system in meltdown. The numbers point to a different story, not as dire and more nuanced.

Government surveys show that about 90% of the population has health insurance coverage, largely preserving gains from President Barack Obama’s years. Independent experts estimate that more than one-half of the roughly 30 million uninsured people in the country are eligible for health insurance through existing programs.

Lack of coverage was a growing problem in 2010 when Democrats under Obama passed his health law. Now the bigger issue seems to be that many people with insurance are struggling to pay their deductibles and copays.

“We need to have a debate about coverage and cost, and we have seen less focus on cost than we have on coverage,” said Colorado Sen. Michael Bennet. He is among the Democratic presidential candidates who favor building on the current system, not replacing it entirely, as does Sanders. “The cost issue is a huge issue for the country and for families,” Bennet said.

A report this year by the Commonwealth Fund think tank in New York found fewer uninsured Americans than in 2010 but more who are “underinsured,” a term that describes policyholders exposed to high out-of-pocket costs, when compared with their individual incomes. The report estimated 44 million Americans were underinsured in 2018, compared with 29 million in 2010 when the law was passed. That’s about a 50% increase, with the greatest jump among people with employer coverage.

“When you have 90% of the American people covered and they are drowning in their health care bills, what they want to hear from politicians are plans that will address their health care costs, more than plans that will cover the remaining 10%,” said Drew Altman, president of the Kaiser Family Foundation, a nonpartisan research organization that tracks the health care system. “When Democrats talk about universal coverage more than health care costs, they are playing to the dreams of activists and progressives … much less to the actual concerns of the 90% who have coverage today.”

Sanders’ office responds that the Vermont senator’s “Medicare for All” plan would solve both the coverage and cost problems for individual Americans. Medical care would be provided with no deductibles or copays. No one would be uninsured or underinsured.

But other countries that provide coverage for all and are held up by Sanders as models for the U.S. don’t offer benefits as generous as he’s proposing. If he is elected president, there’s no way of telling how his plan would emerge from Congress, or even whether something like it could pass.

On the other side of the political spectrum, Trump is talking about big changes. His administration is seeking to have federal courts declare the entire Obama-era health care law unconstitutional, jeopardizing coverage for 20 million people, jettisoning protections for patients with preexisting conditions, and upending the rest of the 970-page statute, now nearly 10 years old.

The president says there’s nothing to worry about. Earlier this summer Trump told ABC News that he was working on a plan that would provide “phenomenal health care,” protect people with preexisting conditions, and would be “less expensive than ‘Obamacare’ by a lot.”

White House spokesman Judd Deere said in a statement that the Obama law was “sold and passed on a litany of broken promises” and now “Democrats are proposing even more radical government takeovers of our health care system.”

As president-elect, Trump promised a health plan but never offered one upon taking office. Instead he backed bills from congressional Republicans, including one he called “mean” during a private meeting.

Trump says he might come out with his new plan within months, but that passing it would hinge on his getting reelected and Republicans winning back the House in 2020 while keeping control of the Senate.

Republicans controlled Washington back in 2017 when Trump, then-Speaker Paul Ryan, R-Wis., and Senate Majority Leader Mitch McConnell, R-Ky., tried for months to repeal and replace the Obama law, only to fail. The repeal effort was widely seen as contributing to Republicans losing the House in 2018.

Since then, many GOP lawmakers have tried to avoid the issue altogether.

Economist Sara Collins of the Commonwealth Fund, who led the study about underinsured Americans, says cost and coverage problems are intertwined. Citing the Democrats’ debate over Medicare for All, she says what’s missing from that discussion is that “one doesn’t have to go that far in order to improve the financial situation for millions of people â€” you can do that with much more targeted, incremental policies.”

An 8-hour work week could be ideal for mental health