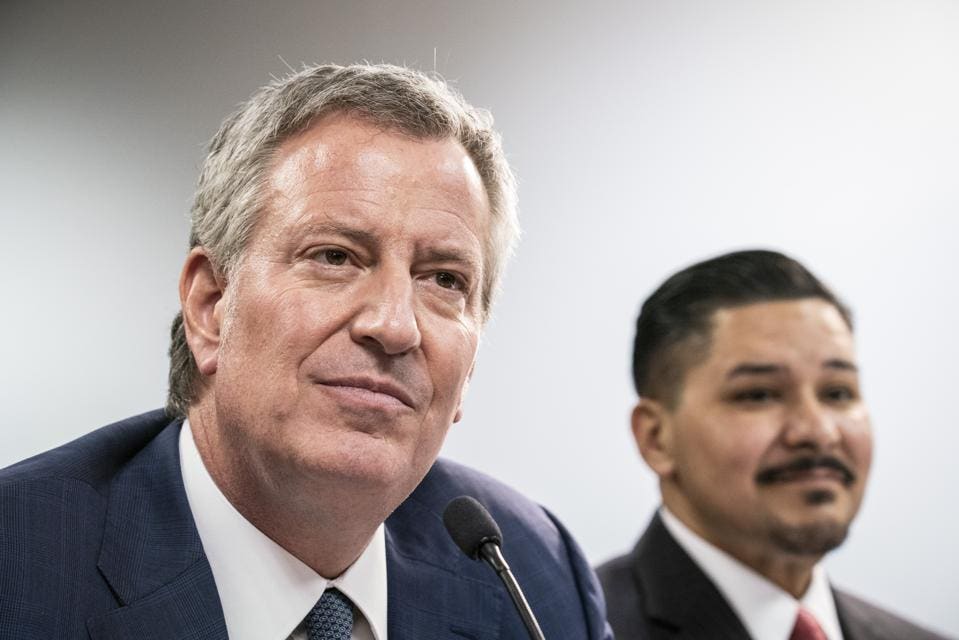 On Thursday, Mayor De Blasio announced a major overhaul of school discipline in New York City schools. Under new guidelines, NYPD officers will no longer arrest or issue summonses to students for low-level offenses like graffiti and marijuana possession, and teacher and other school staff will no longer involve the NYPD or NYPD-affiliated ‘school safety officers’ for lying, being late to class, talking loudly, or other non-criminal behavior. Over the course of de Blasio’s term as mayor, in-school arrests have been on the decline, but this is the first official change in policy since 1998, when Mayor Giuliani originally outlined when police should arrest students at school and gave the NYPD authority over ‘school safety agents.’ Of all the changes de Blasio has been considering and fighting for within the NYC school system, this one has the potential to have the biggest impact on school social climate and student outcomes.

Multiple studies have shown that increased police presence in schools was followed by major drops in student performance, from test scores and attendance to high school graduation and college enrollment rates. Even when students aren’t interacting directly with police officers or safety agents, their presence has an impact on how students think of school and whether they feel at home. But interactions are common—even controlling for other factors, students are almost three times more likely to be arrested at schools with designated safety officers. This is an especially acute problem for black and Hispanic students, who represented over 92% of the students arrested at NYC schools in 2016. Although increased officer presence comes from a legitimate desire to keep schools safe, the best way to improve student outcomes and school safety is to have more school-based mental health providers, according to this ACLU analysis, which finds that “14 million students are in schools with police but no counselor, nurse, psychologist, or social worker.”

Of course, in true emergencies, police and officer involvement can be necessary, but if anything, this overhaul may allow officers to be more effective in those situations. The national increase in school security measures, including armed officers, is in part a reaction to the increase in school shootings. However, it doesn’t seem that the pre-overhaul system was effective on that front—a recent report found that New York City schools are dangerously unprepared for a school shooting. Hopefully, with a reduced focus on student discipline, school safety agents will be able to focus on improving these areas. This overhaul does allow officers to arrest students at school in serious situations (primarily felonies) and allows school staff to call the police when there are legitimate concerns about safety.

However, the memo states that schools should address nonviolent disruptive behavior “through guidance and other supportive approaches, rather than punitive measures.” School safety officers, teachers and administrators will undergo training in de-escalation and conflict resolution as part of a three-year effort to improve school climate, but the most immediate change—decrease in NYPD involvement in schools—will go into effect when school starts again at the end of this summer.

Mizoram school students pledge not to marry people outside their community