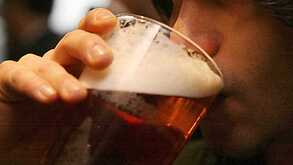 The Alcohol and Drug Foundation are calling for a new national strategy to reduce the harm caused by alcohol abuse which is ranking more harmful than crystal meth.

Alcohol and crystal methamphetamine have been ranked as the most harmful drugs in Australia, with experts warning that more prevention is needed to protect the health of the nation.

In a study published in the Journal of Psychopharmacology, alcohol has been ranked the number one most harmful drug to both individuals and others, because of the number of drug-related deaths, injuries, family adversity and economic costs of alcohol abuse. “Harms from alcohol and other drugs, including crystal methamphetamine are preventable. Long term investments in prevention are critical in building a healthier Australia,” said the Alcohol and Drug Foundation’s CEO, Dr Erin Lalor.

Alcohol has ‘no health benefits’

“Every year in Australia, there are approximately 157,000 hospitalisations and 5,500 deaths from alcohol-related injuries, illnesses and accidents. All are preventable,” said the Alcohol and Drug Foundation’s CEO Dr Lalor.

“There are no health benefits from alcohol. Cutting back can reduce a person’s risk of injuries and accidents, as well as the risk of developing chronic alcohol-related diseases such as cancer,” Dr Lalor remarked.

Earlier this month a report by The Australian Criminal Intelligence Commission (ACIC) revealed that urban Victorians consume more heroin than other Australians. The state’s regions have recorded the highest use of MDMA and oxycodone. Of the states, NSW led the country in cocaine consumption, Queensland and South Australia favoured fentanyl while the Northern Territory had the highest consumption of alcohol and nicotine.

‘Donkey Kong’ ecstasy drug dealer from Barry is locked up